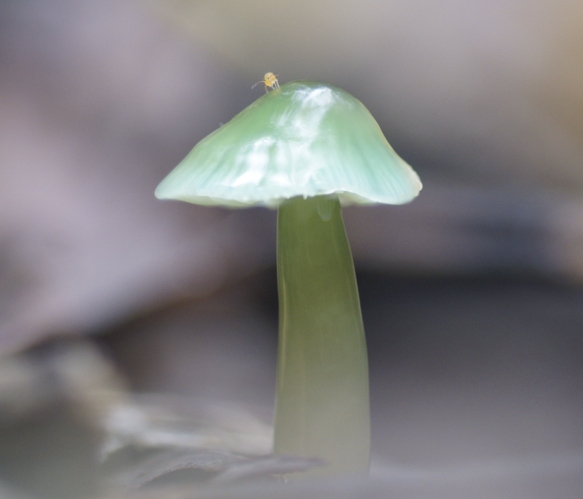 This is the fifth installment of this five part series that I captured between early—mid October of 2011-12. Although this is a spectacular season to get out and find fascinating and colorful fungi, it is also the season that I started to notice the diversity of species decline and finding them only gets tougher as leaf litter builds up as winter approaches. This series was taken at Audubon Wetland Preserve, Cedar Falls, Crall Woods, John Bryan State Park, Nelson-Kennedy Ledges, Oak Openings Preserve, Wilmot Nature Center and Glen Rest Cemetery.

I would like especially thank to Walt Sturgeon for his expertise in helping me with my misidentifications on the series throughout the years. Not only is Walt a walking encyclopedia of mycological knowledge for over 35 years, but his has been a prolific fungi photographer and author of several fungi publications throughout the years. Some of his work can be found at Mushroom Observerand MyCoPortal in addition to this site.
This is the closing series for 2012, but an ongoing personal journey for myself as a nature photographer and fungiphile. Several installments are planned for next year with much emphasis on species I have found in West Virginia this past year in addition to some Ohio delights. Until next spring, enjoy Ohio’s forgotten wonders beneath the trees!
autumnal series II

4 thoughts on “Forgotten Wonders Beneath the Trees . autumnal series II”